Get fresh music recommendations delivered to your inbox every Friday.
We've updated our Terms of Use. You can review the changes here.

by The Bad Losers 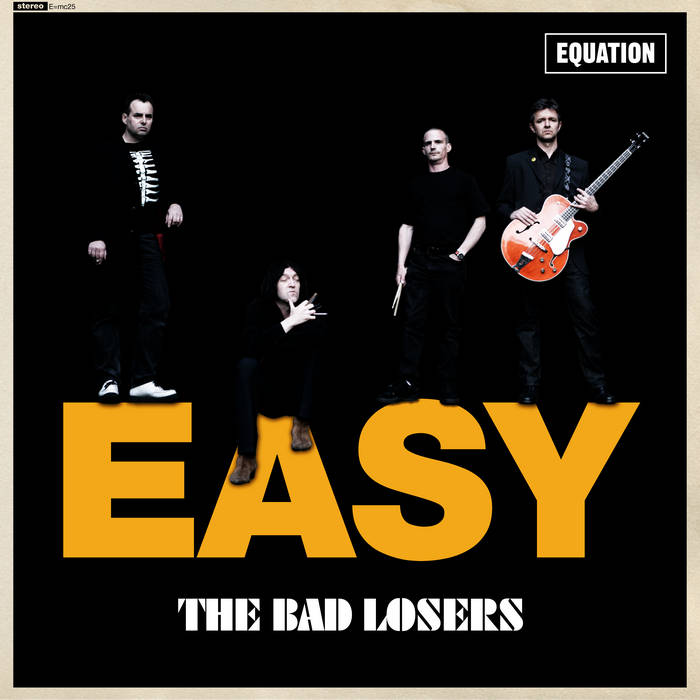 Jenell Kesler Many feel the Mersey, garage and freakbeat sounds of the mid 60’s were the best and most robust around, where with a bit of tweaking, these modern renditions could stand resoundingly tall, coming across with a bit more strength style and lushness, aspects that were often overlooked when the genre was first laid down.

This album comes at you like the 7:40 express from the suburbs to the city on a Friday night ... what The Bad Losers are laying down ‘is’ timeless.

paul rote The sixties retro garage is exploding and getting better . This is exceptionally good . Favorite track: We Went Wild.

"That is from a fantastic new album by a UK band called The Bad Losers. It's on a Sommerville Massachusetts label called Equation. The song we heard was Those People, the album is called Easy and I think there is only a couple of hundred of these pressed so if I were you I would get on it, I would be like Todd-o-phonic Todd and get on it quickly cos yeah once people have heard that song i'm sure The Bad Losers are breaking the internet. So many great songs. It's a 15 track album, and the killers on this album are definately in double digits." - Todd-o-phonic Todd WFMU April 25, 2015.

The Bad Loser’s formed in 2004 due to a shared love of 60s Garage and Freakbeat.

Their recordings are made in a garden shed which resembles a small Working Men’s Club with carousal competing equally with musical creation.

In the comfort of this environment, the band have settled down to a long period of home recording in search of capturing an appropriate lo-fi sound. ... more